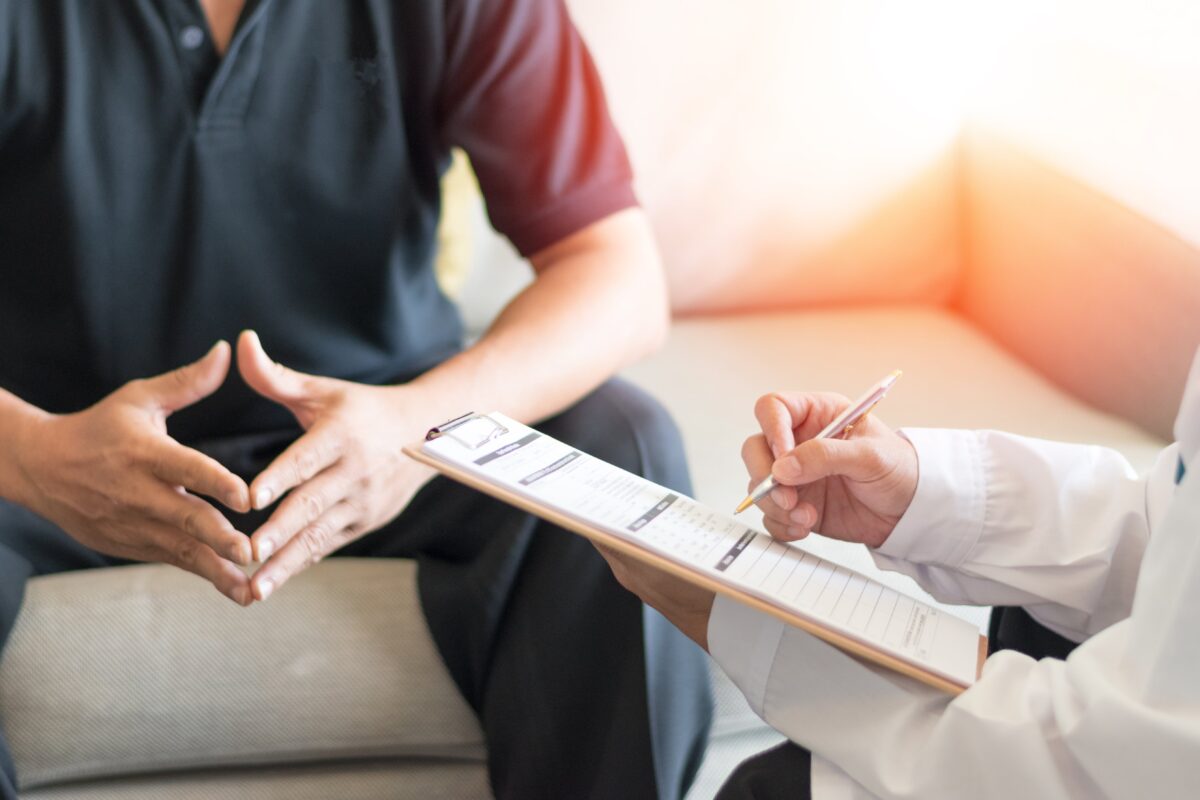 What is Peyronie’s Disease?

Peyronie’s Disease is a condition that occurs in men when plaques, or small pieces of scar tissue, develop underneath the skin on the penis. A man with Peyronie’s Disease typically experiences painful erections and may notice irregularities in their penis’ shape and/or texture when erect.

The irregularities in shape and texture are caused by plaque buildup. When blood flows to the penis, the plaques can be felt as bumps underneath the skin. In addition, a man may notice that these bumps cause their penic to bend or curve when erect.

It’s important to note that bends and curves in an erect penis are not always concerning. Penises come in many different shapes and sizes. However, if a bend or curve suddenly appears in adulthood and is painful when erect, Pryeonie’s Disease is a possibility.

Luckily, there are ways to treat Peyronie’s Disease to relieve pain and return the penis back to its normal shape.

Understanding the causes of Peyronie’s Disease can help you take proper precaution to prevent developing the painful disease.

One of the leading contributors to Peyronie’s Disease is penile injury. This could be a significant injury where there is obvious pain, like a sports injury, or a less significant injury that occurs during intercourse when the penis is accidentally bent.

In addition, there are several factors that make a man more susceptible to developing Peyronies Disease:

Symptoms of Peyronie’s Disease include the following:

There are two phases of Peyronie’s Disease:

If Peyronie’s Disease is not treated, it will sustain or get worse. It’s best to seek treatment as soon as possible to avoid progression and potentially improve symptoms.

Rejuvent MD & Wellness helps men with Peyronie’s Disease and other health issues through the use of innovative technologies including acoustic wave therapy. Contact us to learn more and schedule an appointment today.